If Devopsdays London was an office party, Patrick Dubois would be the Head of HR keeping an eye on proceedings, the guest speakers would be the live entertainment, and the Zero Turnaround guys would lacing the punch with more vodka and photocopying their body parts.

Zero Turnaround bought the fun, as evidenced by their stand which looked more like a booze section from an off licence, and this video here, which had me giggling in the back row like a naughty school kid:

Watch out Grammy Awards. Naturally, I felt I had to go and have a chat with these guys during one of the breaks and find out if I could blag any of their free booze…

“It’s all been taken, by competition winners” explained Simon from behind a massive heap of Guinness and Irish Whiskey. “We’re just, er, looking after this lot” said Neeme (Simon’s Zero Turnaround partner in crime) Yeah, sure.

No luck with the free booze, I thought maybe I could distract them with a question or two about devops, and then pinch some beer while they were deep in thought.

“So what does DevOps mean to you guys?” I asked, with half an eye on a bottle of Jamesons…

“A lot of it is about streamlining and bringing value to the customers sooner” Said Simon Maple, Tech Evangelist at ZT. And I suppose that’s actually what it’s ultimately about. Bridging the Dev and Ops gap is really about making us work as a team more smoothly, which leads to us being able to get stuff to our customers more quickly and more reliably. “But of course you need to right tools to do it – you have to automate across Dev and Ops” He added “This helps us remove bottlenecks”, which reminded me about my bottle of whiskey objective, so I asked another question by means of a diversion…

“Do you see a big crossover between DevOps and Agile” I asked. “Yes, DevOps is sort of like Agile breaking out of Dev and into Ops, but you can do devops stuff without being Agile” which again is true, but I imagine if you’re truly agile as a business, you’re almost certainly going to be doing “devops”. 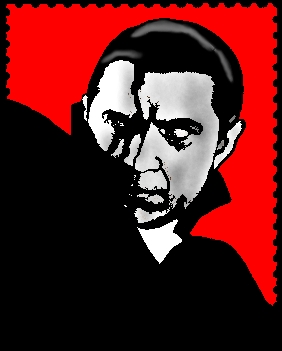 Next, I decided to chuck in a question that caused a whole heap of opinionated discussion at devopsdays, namely “Is DevOps a job title?” (correct answer of course is – “what does it matter what your job title is? You can call yourself the Prince of Darkness for all I care. What matters is getting stuff done”), but Simon went for “I don’t think so, is Agile a job title?” which also made a lot of sense.

“So” I asked, “what do you see as the main challenges to DevOps?” I thought this questions was sufficiently fluffy to warrant an equally fluffy response, during which I could maybe accidentally knock one of the cans of Guinness into my bag…

“Well DevOps has well and truly gone viral now, so our main challenge is to make sure we do it right, or it’ll get a bad name” said Simon, as if he’d heard that particular question a million times before. No luck with the Guinness there then.

After about 5 minutes of chatting I was no closer to bagging myself any free beer than I was when I turned up, but I was having a good chat, and eventually we got around to talking about their products, JRebel and (the one I was more interested in) Live Rebel. I’d already seen their demo and it looked pretty cool to me. I’ll trial JRebel soon and put a review up here too, as I think people will be pretty impressed (I know I was), but that’s for another time. If you want to know more about their products, go see their website, duuh! For those too lazy to go to google and type in “Zero Turnaround”, here’s their website: http://zeroturnaround.com

For those even lazier than that, here’s a REALLY brief summary:

Live Rebel is a deployment orchestrator. It rolls up code and db changes into a release package and automates the delivery to whatever environment you like. It supports Java, Ruby, Python, PHP and Perl (officially) and Neeme also says it’ll work with .Net as well (not so officially). It also plugs nicely into most decent CI systems, such as Jenkins/Hudson and Bamboo (for which there are plugins) and has a one-stop management console for managing your servers and environments etc and so forth.

Anyway, I still had one final question for Simon and Neeme… “What has been your highlight of devopsdays then guys?” I asked. “Meeting the real creme de la creme of the industry and just being part of a great conference” came the reply. So, not meeting me then. Thanks guys. 😦